Home ENTERTAINMENT NEWS “Making People Happy Is Like Orgasm For Me, No Matter How Small”... 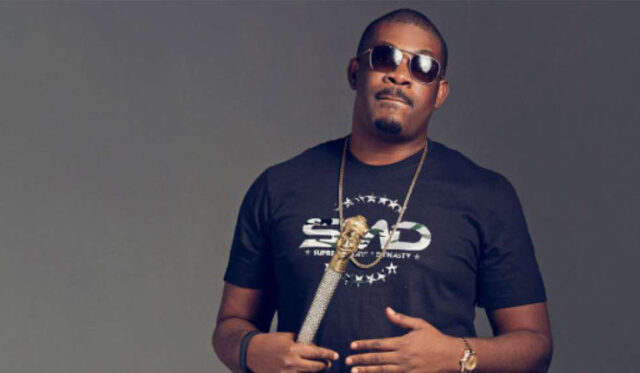 Don Jazzy, the CEO of Mavin Records, has revealed that helping people and putting smiles on their faces is like an orgasm to him, which is why he isn’t tired of seeing others succeed.

In a tweet, a fan praised Don Jazzy for his humanitarian efforts, saying that he will push all of his artists under his record label, while still finding time to produce songs, assist other artists with their music, and help some comedians with their skits, while never forgetting to bless his fans on Instagram and Twitter.

READ ALSO 👉  "Learn How To Toast Women, You Can No Longer Use Money To Get Them" – Don Jazzy Advices (Video)

Don Jazzy responded by saying that he accomplishes all of this without getting fatigued or grumbling because making people happy or putting smiles on their faces, no matter how small, is like an orgasm for him, and he feels good whenever he assists others.

It’s easy for him to do what he’s doing if other people’s success or progress brings you delight, so even a simple smile on your face when you see he’s following you back, liked your tweet, or answered to your message makes him pleased and gives him orgasm.

It’s not simple to do what Don Jazzy has been doing in the Nigerian entertainment industry, as he does his hardest to aid practically everyone who comes to him for assistance, and those he takes under his wing, he looks after them well, and he’s always praised for it.