Home ENTERTAINMENT NEWS “Sarkodie Was Supposed To Get An Investor Before Signing Akwaboah And Me”... 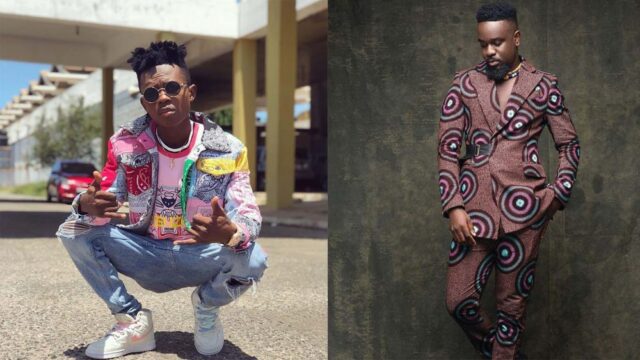 Strongman, a former SarkCess signed act and one of Ghana’s most talented rappers has spoken up more about why he was unable to reach his full potential under Sarkodie’s tutelage in a new interview.

Strongman noted that there was not enough fund to support him and Akwaboah, his label mate, plus Sarkodie’s own expenses as a commercial artist dwarfed what he had to invest in them, in an attempt to sound diplomatic and not to apportion the blame on Sarkodie as many Ghanaians do on why he could not shine.

“To be honest, I’ve never requested Sark to make a music video for one of my songs. If Sark were to make a video, he would do so after listening to the song since he believes that music needs to be pushed. So, after I completed that assignment, he didn’t invite me to come shoot a video. He didn’t tell me to come film any of the songs’ videos,” he remarked on Angel FM.

Sarkodie collecting money from the same source that fed his family, fancy apparel, and lifestyle was difficult, and showering it on his signed artist was even more difficult, according to Strongman.

“I don’t hold it against Sark because he signed both Akwaboah and myself. We didn’t have any investors under Sarckcess. All of the projects were financed entirely using Sark’s own funds.

He was also working on video projects at the time… So he may have already spent around $100,000 on music videos for Akwabah and himself. So, if I try to be a little more attentive, my project suffers as a result.

“However, I can’t complain because I know the money came from his own pocket. So I believe the only issue we had at Sarkcess was that he was supposed to find an investor first before signing us. Then each and every video will appear. But because he didn’t have an investor at the time, he had to use his own money to support himself and his family, plus he likes large, huge outfits, so you pay him more…”