Home ENTERTAINMENT NEWS “We Need Scissors To Cut Our Problems As A Country” – Shatta... 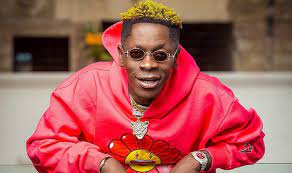 Ghana, for example, has had numerous problems since gaining independence from its colonial overlords. Ghanaians who appeared to have suffered from the country’s troubles recently launched the #FixTheCountry campaign, urging the Akufo Addo-led administration to address the problems that the country’s inhabitants are facing.

Shatta Wale has also went to Facebook to bemoan the troubles that Ghanaians are having, and he has come up with a humorous solution for the government to use in order to solve the problems.

Shatta Wale said in his contribution that the country may require a pair of scissors to cut out troubles.

Just to cut our problems away