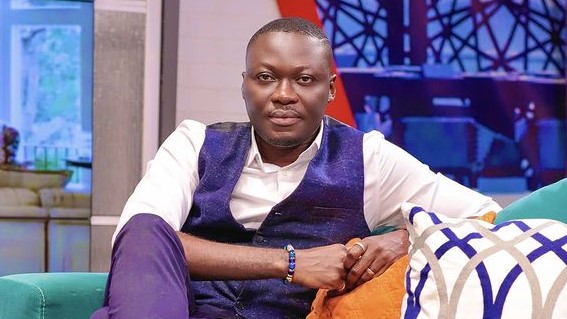 He made this revelations during a one-on-one interview with popular media personality, Deloris Frimpong Manso on the ‘Delay Show’.

This comes after Dancehall singer, Shatta Wale mocked him over his show claiming he wears shoes that cost GHS2.50 when they clashed on UTV when he was addressing Arnold’s comment that he is the most confused and inconsistent artist in Ghana.

READ ALSO 👉  "Arnold Sees Himself To Be Wise Because Of His Big Grammar" - Mr. Logic Says

Shatta Wale said Arnold Asamoah Baidoo is poor and after the scuffle that nearly led to a throw of the fist by Shatta Wale, speculations that Arnold who works at the Ghana Civil Aviation earns GHS10,000 as monthly salary.

Responding to the rumors on the Delay Show, Arnold confirmed the rumors and said he even takes more than the said amount and he has been working as an Aviation officer for over a decade.

According to Arnold, Shatta Wale was only using his shoe and material achievements to dodge the substantive issue which was being discussed.