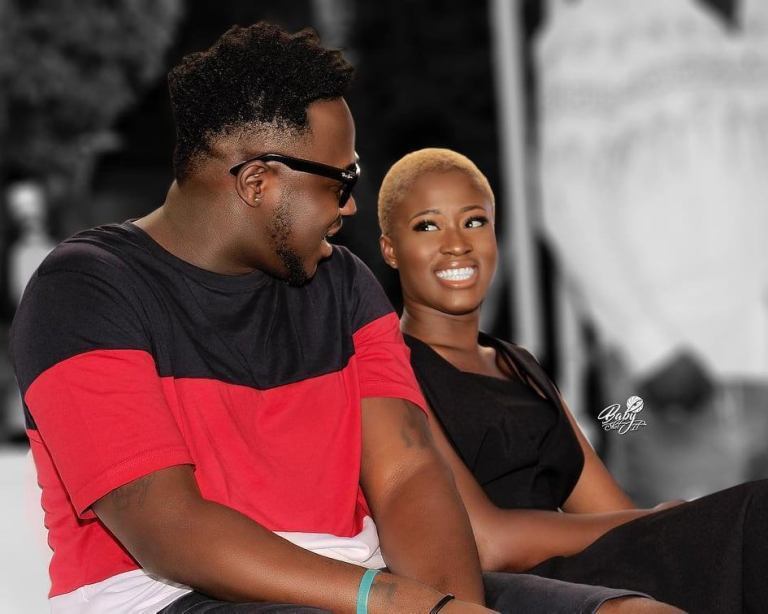 One of the dramatic yet beautiful relationships the industry has had is the relationship of Ghanaian rapper Medikal and entrepreneur and actress Fella Makafui.

Samuel Adu Frimpong known well as Medikal has been in the music industry for a couple of years. Medikal is one of the best rappers in the country. He has received several awards for his hard work. Medikal is a signee of the AMG business Record label signed by the AMG boss Criss Waddle.

Fella Precious Makafui is also an actress, entrepreneur model, and influencer. Fella became more popular when she starred in the TV series “Yolo”. She has also won awards as best actress and most promising actress of the year in 2016.

Medikal also cleared the air that he married Fella Makafui of his own will and was not forced as rumored last year.

“I met her on Facebook, and we started to vibe. Then I took her number and then we continued talking. We lost contact, and then we started talking again after a while. Yeah, we were on and off. That was all. Then things happened.”

“I don’t want t sway away from a lot of things. I don’t want to be carried away by a lot of things. Because I am inside showbiz and in showbiz business, we peak when we reach certain levels. Somebody would like to chill out with a lot of girls. But I don’t have that perception. Everybody is different. I am not against anyone who is a polygamous lover. But my mindset is about having a nice family with a beautiful wife and children. And to entertain and do my show business as well.”

“According to Medikal, having a daughter with the love of his life is a blessing. He takes parenting seriously as he mentions that his daughter motivates him to work very hard. So they can provide her with the kind of life they didn’t have growing up.”

Fella Makafui and Medikal tied the knot on the 7th of March 2020 in a grand ceremony which was the talk of the town. The occasion was graced by important dignitaries. The couple, however, welcomed their first child in September 2020.