Home ENTERTAINMENT NEWS “Obinim And Rev. Obofuor Are More Of Entertainers Than ‘Men of God”... 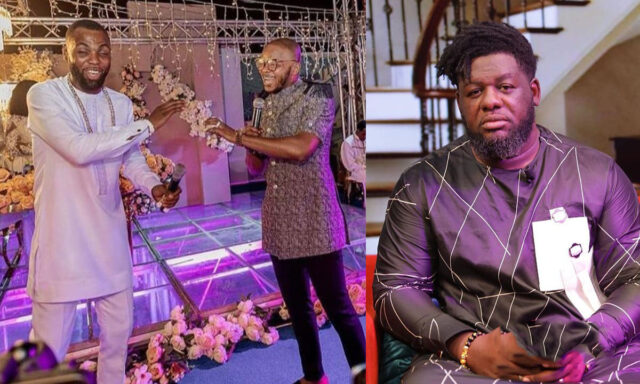 According to artiste manager Bulldog, celebrity pastors Daniel Obinim and Rev. Obofuor are more entertainers than ‘Guys of God.’ The two men do more entertainment with their social media engagements.

“Those folks seem to be entertainers to me. When asked if he stood by his position, he justified it by saying, “There is nothing wrong with entertainment; it is the backbone of society.”

While acknowledging that the duo preaches the gospel, he emphasized that their social media activities were more in the direction of entertainers.

Bulldog made the remark while appearing on United Showbiz, a Saturday night entertainment review show on United TV.

Abeiku Santana, the show’s host, had asked about Obinim and Obofuor’s newfound friendship, stating how the latter attended the funeral of the former’s father last week.

Obinim was also there at his ‘friend’ Obofuor’s wife’s expensive birthday party a few days ago.

From their pulpits, the two men have swapped accusations and launched rhetorical missiles at each other in the past.