Home ENTERTAINMENT NEWS “I Would Have Borrow Money To Ghana If There Was Something... 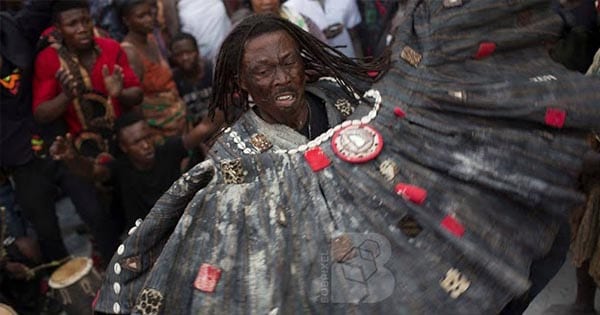 Kwaku Bonsam, the well Ghanaian traditional priest, has stated that there is nothing like ritual money or money-doubling that ritualists can conduct.

The famed traditional icon dared anyone who believes he is wrong to come out and dispute him with any evidence they may have in a video interview with Citi 97.3 FM.

Kwaku Bonsam went on to say that if such wealth could be produced, every ritualist would be a millionaire and not in the situations they are currently in.

Kwaku, when asked what they are genuinely capable of, claimed it is feasible to do animal sacrifices in order for people to achieve breakthroughs in their lives and livelihood.

“It is also not necessary to use human blood. We don’t do anything with that, and I’ve never asked for it. Ritual killings are ineffective. Scammers who claim to require human parts are merely attempting to deceive people “Kwaku Bonsam added his two cents.