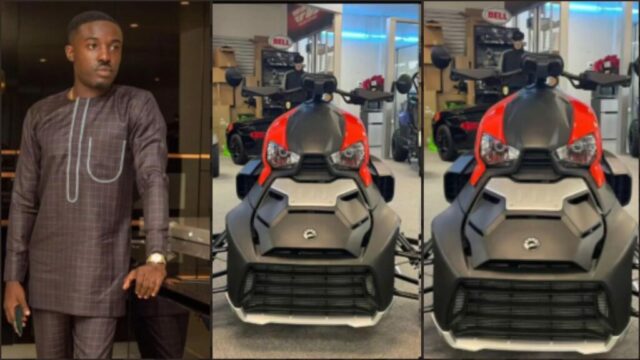 Criss Waddle, the Ghanaian musician, and real estate developer have turned to social media to show off his new whip, which he claims he paid GHS120,000 for.

Criss Waddle has often demonstrated to Ghanaians that he is one of the wealthiest figures in the entertainment industry. Criss Waddle manages to excite his fans whenever he releases a new song, despite his lack of fame in the music industry.

Criss Waddle has been accused of engaging in certain fraudulent operations since he first appeared on the scene, and his peer, Medikal, has been gradually initiated as well. He has, however, come out openly to refute the allegations leveled against him on social media.

In a recent Snapchat message, the rapper revealed that he had purchased a tricycle for GHS120,000.

Check out the images below: