Home ENTERTAINMENT NEWS “I Will Never Waste My Money On The National Cathedral” – Prophet... 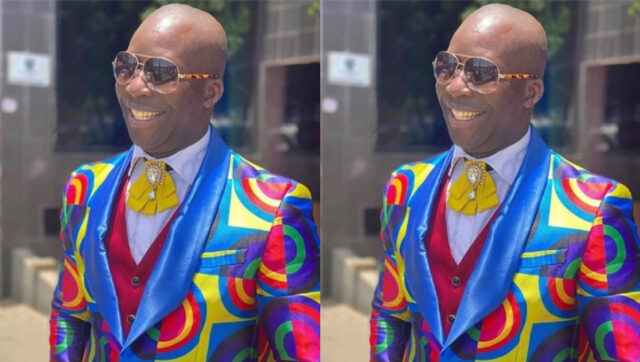 Prophet Nicholas Osei, widely known as Prophet Kumchacha, the Founder and Leader of Heaven’s Gate Ministry, has stated, to to the surprise of many, that he has no plans to contribute a pesewa to the Government’s construction of the National Cathedral.

President Akufo-Addo, according to the controversial preacher, made a promise to God to build a National Cathedral if he wins the 2016 general elections, and as a result, Ghanaians are not obligated to contribute any funds to the project’s completion.

Prophet Kumchacha said on Kingdom Plus 101.9FM’s “Afro Joint,” presented by Fiifi Pratt, that he will never spend his money on the National Cathedral since there are many other significant things he can accomplish in the country that will benefit the inhabitants.

He stated that the Kumasi-Accra highway is in a bad state and that it needs to be repaired.

He also stated, “There are many critical concerns in the country that need to be addressed, but the construction of the National Cathedral is not necessary at this time, and I will never donate my money to the project.”

Prophet Kumchacha further stated that he would rather give my money to inmates at Nsawam Prisons than donate to the National Cathedral’s construction.