Home ENTERTAINMENT NEWS “I Would Love To Go Out With Dr. Mensah Otabil” – Abena... 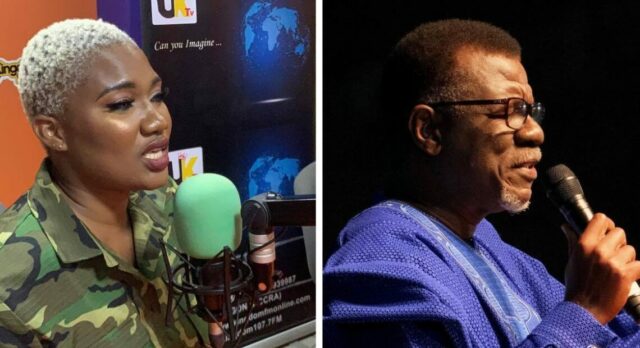 In a recent interview, the social media star and mental health campaigner revealed the name of the man of God she would like to date if she had the chance.

She will like the fact that Pastor Mensa Otabil, the founder and general overseer of International Central Gospel Church, is her lover and that they are dating, according to the former TV3 host.

During an interview with Fiifi Prat on Kingdom Fm, Abena Korkor stated that he would like to date him since he is a very wise and reasonable man who only speaks wisdom.

Many people have reacted to the media personality’s statements, with some urging her to respect the man of God and refrain from mentioning him on the radio or television.