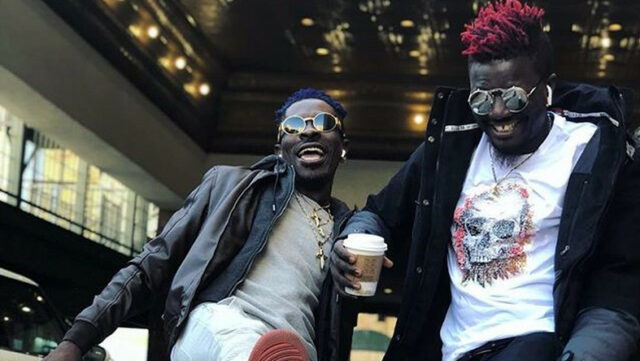 Pope Skinny, the hibernated Ghanaian rapper, has urged Shatta Wale, his former bestie and close pal, to give their friendship a second opportunity after it fell apart months ago.

The two close friends had a falling out after the SM boss announced on his Facebook page that Pope Skinny and others were no longer on his team.

Pope Skinny reacted strongly to Shatta Wale’s statement by throwing some barbs at him and revealing some secrets about the award-winning Reggae/Dancehall musician that many people were unaware of.

Despite the fact that this has been going on for a while, the former Adom FM ‘Kasahare’ show host has finally taken steps to bring the two parties together.

Pope Skinny recently asked Shatta Wale to forget about everything that happened during their feud so that they can reconcile and become friends again because people liked them the way they were.

‘‘Wale, let us forget everything; the way we were was admired by many; it makes no difference what one person has said or not said; if you believe in your heart that I have done nothing wrong against you, I believe the same way. “Let’s keep it short and simple and get back to being friends,” Pope Skinny said.