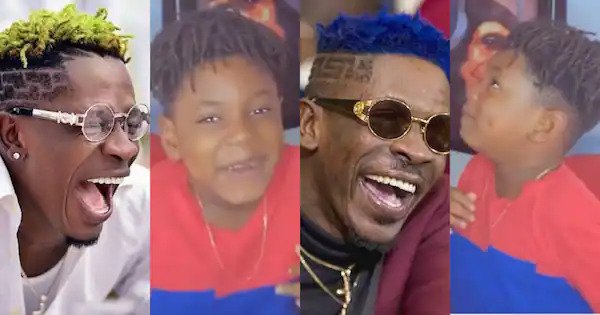 Majesty, Shatta Wale’s son, has astonished fans with a new video in which he appears with his mother.

Majesty and his father Shatta Wale are both filmed laughing out loud, and their facial expressions are identical. He was expressing his thoughts on a substance that he had ingested, and Majesty, the taste is incredible.

If you’re familiar with Shatta Wale, his demeanor while laughing will remind you of him.

Meanwhile, Bibi Bright, the Ghanaian actress, has stated that she will no longer take kissing roles in films.

Bibi remarked in an interview with Franky 5 on Hitz FM’s “This Is Gospel” that she is not ready to portray some roles she has previously taken.

“I’m not going to take a position that involves kissing if you offer it to me. It’s not simply because I’m a Christian; I’m also a mother and a wife who feels she’s on a different path,” she explained.