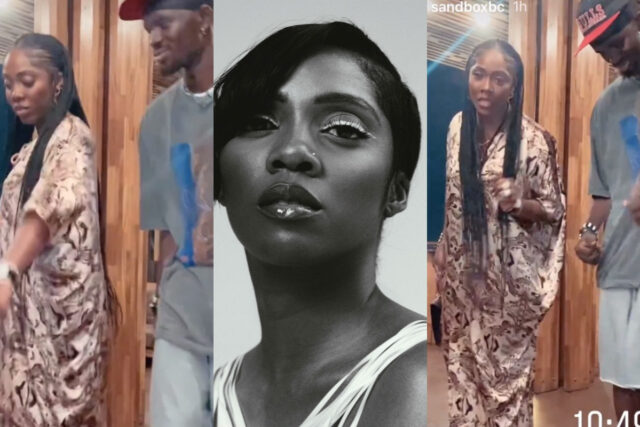 The sighting of Black Sherif with Africa’s best diva Tiwa Savage has sparked suspicion that a collaboration may be in the cards.

One of the best things you might find on the internet is Black Sherif’s big smile as the Nigerian singer grooved to her tune.

We have no clue where the brief encounter took place, but it appears that Tiwa Savage, who has experienced a spectacular increase in his career with the release of his singles First Sermon and Second Sermon, has warmed up to his groove and is eager to collaborate with him on a project.

Meanwhile, Barbara Naa Okailey Nyarko, popularly known as OV, the Ghanaian musician, has resurfaced on social media after a long absence from the music business.

OV recorded her debut single with Reynolds the Gentleman, a multi-instrumentalist and producer, after getting discovered on Instagram with a song titled “Nea Woyeyi.”

Her second song, “Kambu,” which was produced by Standec and released on December 4, 2017, established her as a household name among university institutions. Her…continue reading