Home ENTERTAINMENT NEWS “I’m Not Interested In Collaborating With Sarkodie And Stonebwoy Because I Don’t... 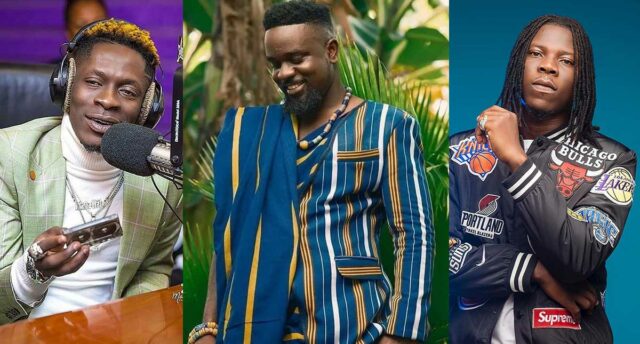 Charles Nii Armah Mensah Jnr., better known as Shatta Wale, the multi-award-winning Ghanaian dancehall musician, has explained why he is not interested in collaborating with Sarkodie and Stonebwoy.

Shatta Wale claims that he does not make music to impress others, however, many may argue that collaborating with these two musicians, who were previously rivals in the industry, would be beneficial.

Shatta Wale stated in an interview with Andy Dosty on Hitz FM’s Daybreak Hitz that the necessary procedures have not been put in place for artists to make the most of their skills, and that collaborating with huge musicians like Sarkodie and Stonebwoy will not return the right revenues for both parties to split.

On the basis of their earlier banters and finally smoking the peace pipe and working together, he believes the song “Celebration,” which features Samini, might have been one of Ghana’s biggest singles. He bemoaned the fact that the music was not given the proper attention, resulting in the collaboration being a waste of time.

He mentioned that his prior collaborations with Sarkodie did not turn a profit, thus neither he nor Sarkodie can remember how much money they made from the song.