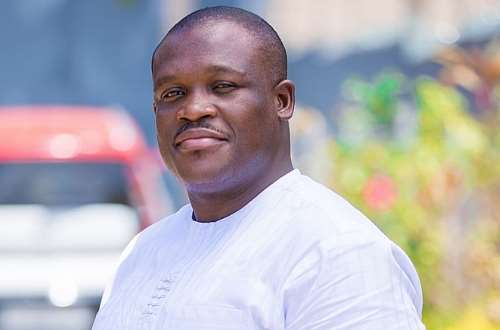 Samuel Dzata George, the Ghanaian politician and Member of Parliament for Ningo Pampram, has stated that the Ghana Football Association (GFA) needs to rethink and begin a rebuilding process for national teams.

This comes after the Black Stars’ coach, Charles Kwablan Akonnor, was fired by the Football Federation midway through the World Cup qualifiers.

In a Facebook post, the legislator stated his position, stating that he believes it is time to restart the entire process.

In his own words, he wrote:

See its early morning but you let me say my piece.

Remember my interview with Nana Aba Anamoah and my comments on the Black Stars? I was emphatic that the Black Stars should be DISBANDED. We should withdraw from any international competitions for 2-3 years and build a solid fulcrum of local based talents and groom them from the U-23.

Many disagreed and called me names. Here we are now! Even if you appointed Ferguson or Wenger or Klopp or Mourinho, this team is going nowhere! The talent is either grossly deficient, aged or undeserving of wearing our national colours. Can you point out one true star player in our team maybe with the exception of Partey and Schlupp?

We simply lack quality! This ain’t no Black Stars, this is a Black Dot! I personally like CK Akonnor and really hoped he would excel but he is no magician and failed to show any clear direction as to what his philosophy was. Football is no longer just a game, it is a science. Unless we treat it as such, even countries like Tuvalu and Tonga would soon meet us and spell Ghana.

Let’s get back to the drawing board and think. Yes think! The GFA must focus on rebuilding a solid team from the juvenile levels. Until that is done, can the Government stop throwing away our tax money and rather use it to fix another aspect of our country. The current Black Stars is a complete waste of our resources, time and emotions.

It breaks my heart to say this but it is our stark truth and reality. The earlier we state it and do something about it, the better.🦁

Feel free to disagree with me but bear in mind this is my opinion and my wall. If you come and misbehave, I would discipline you.😉