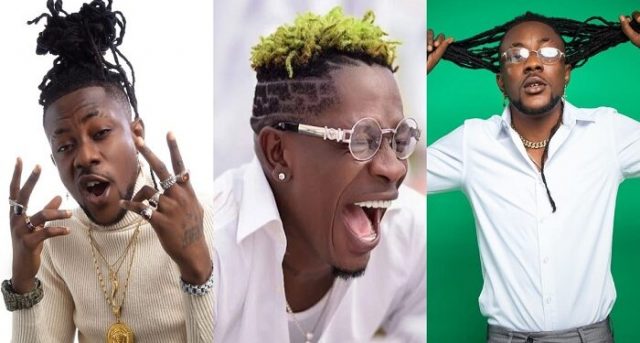 Jafaro Mohammed, better known as Addi Self, the Ghanaian reggae and dancehall singer, has revealed how Shatta Wale guided him in his music career.

“Shatta Wale taught me a lot of information pertaining to music and the business of entertainment,” says the musician, who was formerly affiliated to the Shatta Movement label.

He called reports that he received nothing from Shatta Wale before quitting the record company “fake.” “Shatta Wale groomed me, and I told him I didn’t lose anything when I left the record label. That doesn’t rule out the possibility that I gained anything as well.”

Before meeting Shatta Wale over Facebook, Addi Self stated that he was already himself and attempting to establish his brand in Nima. “And we’ve been a family ever since.”

“Ever since I met him, he’s led, advised, and reprimanded me when necessary,” he told Foster Romanus on the e.TV Ghana Late Nite Celebrity Show.

He said that he and others were signed as militants to the label when they launched their smash song, “Taking Over.” The song “Taking Over” has swept the land.

The up-and-coming artist revealed that many people are unaware that his music career began long before he met Shatta Wale.

“Before the Shatta Movement and all that, Addi Self was doing his own thing. So being a member of the militants helped me promote my music,” he explained.