Home ENTERTAINMENT NEWS “I Was Paid Ghc 10 Instead Of Ghc 30 For My Role... 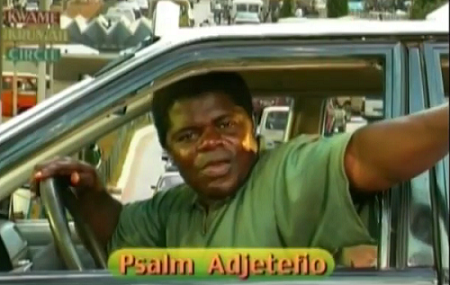 Psalm Adjeteyfio, the veteran actor, has revealed how he was underpaid for his key role in Taxi Driver.

According to the actor, he was paid GHC30 per episode but only received one-third of that amount.
He stated that he just lately discovered that he was being defrauded despite his hard efforts.

Psalm Adjeteyfio, a Ghanaian actor, has revealed how someone stole his hard-earned money while he was starring in the renowned 1990s series Taxi Driver.

Psalm Adjeteyfio stated in a video from his leased flat that he was contacted by one John Kay, the owner of the Taxi Driver series.

According to the experienced actor, John Kay told him that he (Adjeteyfio) was the series’ face and that he would be the one to bring the show to a national audience.

Mr. Adjeteyfio stated that he accepted to work for John Kay, but he did not inquire about his pay, nor was he informed.

He further stated that he got paid GHC10 for each episode of the show, which lasted several years.

The seasoned actor revealed that he only later realized he was meant to be paid GHC30 but was being underpaid.

According to him, Mr. John Kay had ordered that he (Adjeteyfio) be paid GHC30 every episode as the principal role, but that GHC20 was being stolen.

Even extras on the show were paid GHC15 per episode, according to the actor, but he was duped by an unknown person.