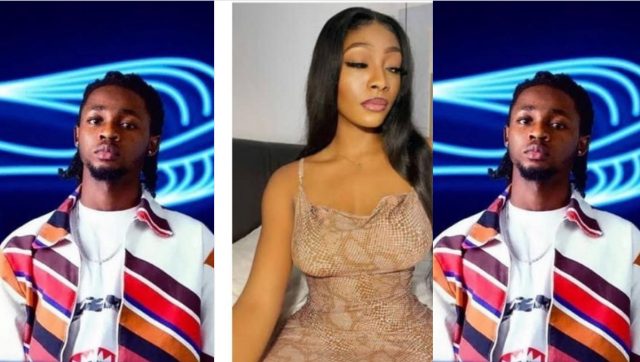 Stanley Omah Didia, better known as Omah Lay, the famous Nigerian singer-songwriter, has been left in tears just hours after posting a video kissing and romancing his beautiful girlfriend Gloria.

Fans and trolls managed to find a video of the same girl having fun with another man less than 24 hours after their lovely video went viral, forcing the singer to unfollow the girl.

Female fans who were heartbroken after losing the singer to another woman are now ecstatic after learning that his heart has been broken and he is once again single.

After claims and videos surfaced that she is having an affair with another guy, Omah Lay allegedly unfollowed and banned Gloria on all social media sites.

Gloria was seen joyfully singing along to certain songs in the automobile of a man who was not Omah Lay; her actions said volumes, and many speculated that the man was her lover.

Omah Lay has every right to become enraged and unfollow the girl because seeing her happy in the arms of another man only hours after announcing her to the world as your lover will be extremely painful.

A short look at the Godly singer’s official profile reveals that he is no longer interested in knowing what his lover is up to, but Gloria continues to stalk him.

Mr. Eazi Shows Receipt Of Over $20,000 Spent On Drinks At A Nigerian Club

#BBNaija: “My best moment was when Nini won the veto power because I didn’t want to lose her” – Saga (Video)

#BBNaija: “How I feel about WhiteMoney could change outside the house” – Queen

#BBNaija: “Men are already lining up to take care of my trip to Dubai” – Angel reveals