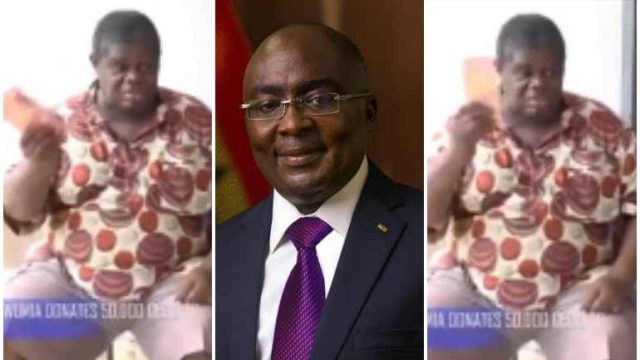 When legendary actor Psalm Adjetefio had Ghc50,000 cash in his hands earlier today, words couldn’t express how he felt.

Dr. Bawumia, Ghana’s vice president, provided the money in fulfillment of a promise he made to the actor a few days earlier.

Dr Mahamudu Bawumia promised to pay the actor’s rent for the next five years, which will cost Ghc30,000, as well as a Ghc20,000 stipend for his upkeep.

“Dr Bawumia has paid 6 months renewable for the next 5 years (30k) for TT and has also provided TT 20k for upkeep,” said Lawyer Krobea Kwabena Asante on his Facebook page yesterday. He handed TT a total of $50,000 this morning,” he said.

Videos have surfaced showing the Vice President’s personal assistant handing over bundles of cash to the actor to help him pay his rent, as promised.

The actor was moved to tears as he conveyed his thanks to the Veep. He also revealed that he has never held such a huge amount of money in his life before.