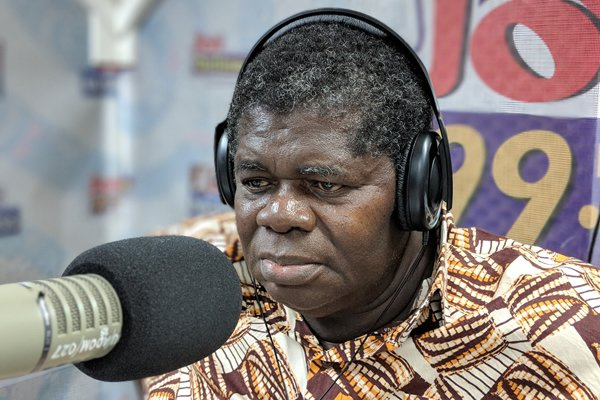 Psalm Adjeteyfio, the veteran actor, says he is not embarrassed to beg the public for help in saving his life.

In recent days, the legendary film star has been in the headlines after giving an interview about his financial difficulties.

In the same interview, the ‘Taxi driver’ actor said that his property rent is up for renewal in six months.

The situation drew the attention of charitable persons, including Vice President Dr. Mahamudu Bawumia, who handed him a GH20,000 cash contribution and paid him five years’ rent in advance.

Psalm Adjeteyfio, better known as TT, was asked by Tony Best, presenter of Kwantepon Drive on Akoma FM in Kumasi if he felt uncomfortable asking cash. He said no, as long as he is not stealing but rather expressing his requirements to people for support.

“If you have an issue and don’t tell others about it, they won’t know,” he explained.

He went on to say, “I must clarify that I did not call for the interview; I simply utilized their platform to channel my predicament, therefore I’m not ashamed.”

Because TT has been pleading to God for someone to assist in his predicament, TT estimated how helpful the media outlet was in terms of response.