Home ENTERTAINMENT NEWS “I Have No Issues With Lilwin”-Dr. Likee (Video) 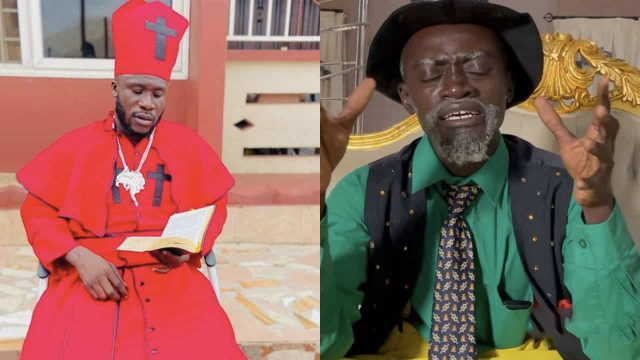 Kumawood actor and comedian Ebenezer Akwasi Antwi popularly known as Dr. Likee has denied rumors that he had a feud with his colleague Kwadwo Nkansah Lilwin.

Rumors circulated on social media that the two stars were feuding after they met at an event and refused to speak to each other and didn’t appear to be having a good time.

Dr. Likee has stated that he has no issues with Kwadwo Nkansah Lilwin and that they get along swimmingly. Lilwin, he said, greeted everyone in the room, including himself.

He also stated that the reason he appeared so serious during the meeting was that he was distracted by his phone, which he was using to check the number of views his films had received thus far. On the Uncut program with Zionfelix, he revealed this.

ALSO READ:   I developed interest for cooking during the lockdown – Mzvee

Meanwhile, Medikal, known in real life as Samuel Adu-Frimpong, has revealed his top five Ghanaian rappers to the world.

The Lahustle crooner, unquestionably one of Ghana’s greatest rappers, has won the hearts of Ghanaians with his incredible rap abilities and popular songs. Despite getting ridiculed on social media for his commercial songs and some of his rap lines, the rapper has undoubtedly established himself in the rap game.