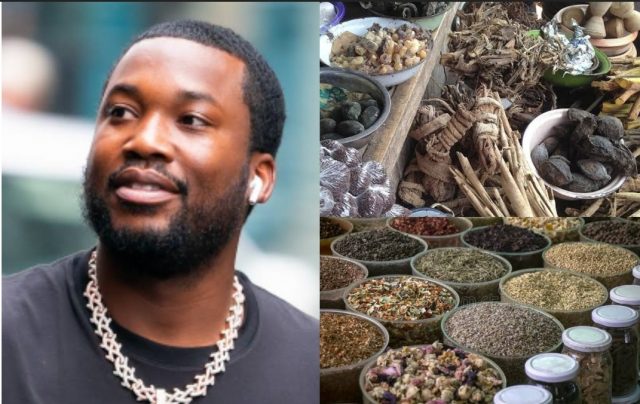 Meek Mill, the American rapper, has finally verified the usefulness of an African traditional herb, revealing how he used it to cure his stomach condition and how it helped him.

Mill, 34, stated that he had been suffering from stomach issues for over two years and had seen a number of physicians who prescribed various medicines, but the condition persisted.

He went on to claim that he tested some African medicines on the condition, and it magically vanished.

He tweeted;
My stomach been me-ssed up almost 2 years I been to a bunch of doctors … I took a African herb and it fixed my stomach like magic!

ALSO READ:   Meek Mill Is Thinking About War | Find Out why.

Meanwhile, Ghanaian dancehall giant Shatta Wale has claimed that he will dump the eleven awards he received at the 2019 3Music awards into the toilet.

This comes after he (Shatta Wale) stated that the awards were handed to him by Sadiq Abdulai Abu, the CEO of 3Music..continue reading