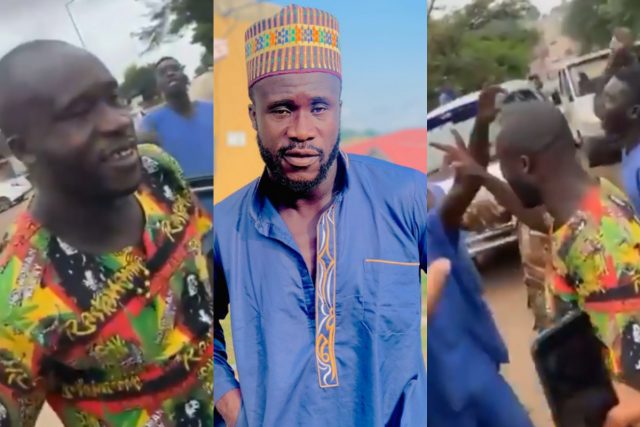 Sensational Kumawood actor Ras Nene now Dr. Likee was seen in a viral video making some convicts happy while working on a field along a walkway.

Dr. Likee, who has previously stated that he is an ex-convict, came into several of his old cellmates along the highway and chose to offer them love as they showered him with accolades.

Dr. Likee went out strolling with Kyekyeku, another famous comedy actor, giving money to convicts to encourage them that their lives are not over just because they are in jail.

However, Rosemond Brown, popularly known as Akuapem Poloo, has said that veteran actor Kohwe’s death may have been avoided if his family had notified the public of his health earlier.

Kohwe, also known as Kofi Laing in private life, was believed to have died on September 16 following a battle with sickness, only days after a photograph of the actor appeared online confirming his condition.

In a video obtained by Dklassgh.com, Akuapem Poloo expressed her dis…continue reading