Home ENTERTAINMENT NEWS “I Started As A King But Ended Up As A Comedian In... 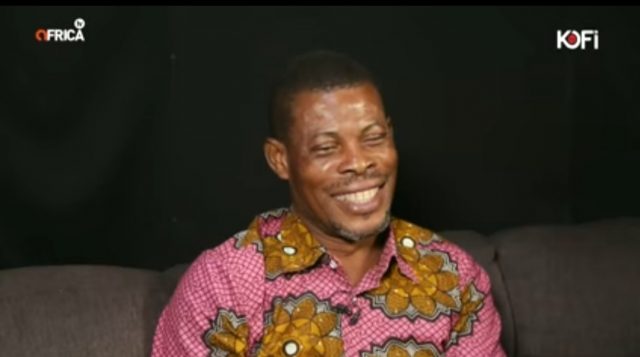 Prince Yawson, popularly known as Waakye, the Ghanaian veteran actor, says he began playing as a king in plays before moving on to comedy in films.

“He didn’t start as a comedian in movies; I started as a king in movies and on stage, but one day I was assigned the role of a comic, and I performed it so well that my director was pleased and realized I could do a lot of ‘fooling,” he says.

Since then, he claims, any director who wanted to cast someone to play the role of “fool” in a film has contacted him to do it.

“It wouldn’t have generated any benefits if I hadn’t done it correctly and concentrated just on money,” he added.

Waakye stated on Atinka TV’s morning show, Ghana Nie, alongside co-host Maame Asor, that he was not known as Waakye when he first started with the popular Ghanaian series, ‘Obra.’

“From the beginning, I was known as Nebu,” he stated. My Master constantly called me Nebu when I was learning to be a pastor, and I answered with nezzer till the Waakye name came.”

Waakye began his acting career by performing in theatrical plays before deciding to pursue acting full-time.

He stated that he worked hard and urged everyone to take their job seriously in order to get success.

“Doing your task in any way will not give results; nevertheless, putting your whole heart and soul into it will yield the intended result.”