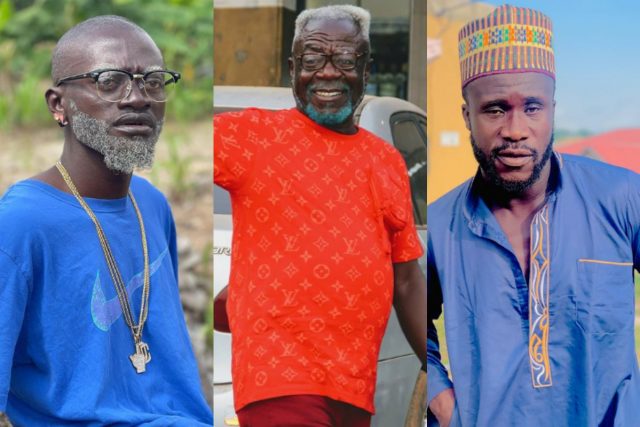 Oboy Siki also known as Dada Santo, the well-known Kumawood actor, has attacked Kwadwo Nkansah Lilwin for claiming to be a movie icon, claiming that Dr. Likee should never be compared to him.

It will be noted that Lilwin stated in an interview with celebrity blogger Zionfelix that he is a cinematic icon and that Dr. Likee should never be compared to him.

Despite the fact that Dr. Likee is a YouTuber, he claims that his comedic sketches will never compare to the films that he, Lilwin, has made since his debut. He claims to have been in over 2000 films and continues to work on more. He stated that Dr. Likee would have to enlist the help of others like him in order to advance in their careers.

He was also reported to be at odds with Dr. Likee, however, the two debunked these accusations in the same interview.

As a result, Oboy Siki has criticized Lilwin, claiming that he does not consider before speaking. He also regretted the fact that, given his history, Dr. Likee sometimes acts strangely, but that, to his knowledge, nothing is wrong between the two actors.

During an interview with Zionfelix on the Uncut show, he revealed his contributions.

READ ALSO 👉  "Come Out If You Have Ever Given Me Charm" - Lilwin Dares Juju Men, Says His Blessing Is From God (Video)