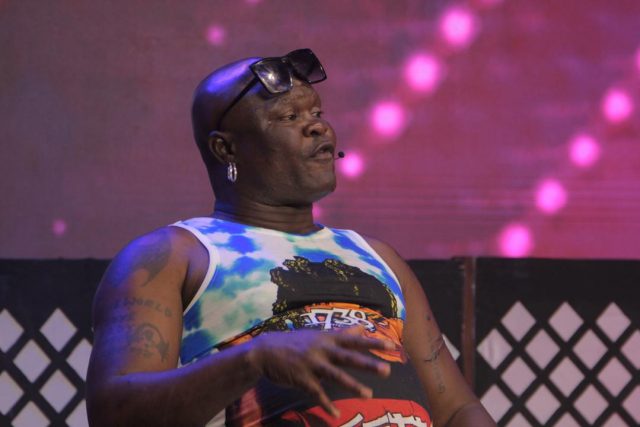 Braimah Kamoko, better known as Bukom Banku, the Ghanaian professional boxer, and comedian, has spoken out about his weak command of the English language.

In an interview, the boxer stated that he is not ready to improve his English because, aside from being a boxer, that is what people adore him for.

In a recent interview with Hammer Nti, Bukom stated that he will not perfect his English because people enjoy hearing him talk.

Initially, Bukum Banku was discussing how beneficial free education has been for the people in his neighborhood. When Hammer Nti asked if he planned to attend adult education, he answered he would if he had the opportunity, but then soon changed his mind and said that the type of English he speaks is free in Ghana, therefore he couldn’t change it.

He also stated that if he improves his English, his powers will decrease because it is what makes people like him. He stated he’ll try harder and that he doesn’t require perfect English.