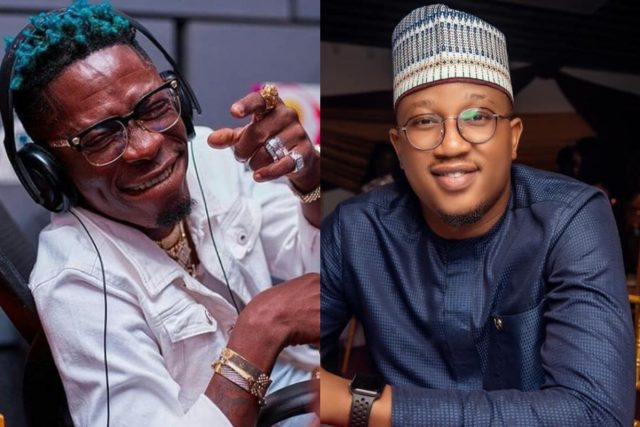 Sadiq Abu Abdulai, the Chief Executive Officer of 3Music Network, joked that his current lintel, Charles Nii Armah Mensah Jnr., better known as Shatta Wale, for some monies after the latter flaunted his riches in a viral video.

Remember that the two are presently feuding over the past editions of the 3Music awards when the dancehall artist won 11 awards in one night. Sadiq handed him those prizes after informing him he didn’t like Sarkodie and Stonebwoy. Shatta Wale says this was done on purpose.

Shatta Wale also claims to have provided financial assistance to Sadiq Abu in the past with problems pertaining to the award system. He recently leveled accusations against Sadiq, claiming that he is the one behind the man of God Jesus Ahuofe’s recent death prophesy.

ALSO READ:   Only fools will compare me to Samini and Stonebwoy - Shatta Wale

Shatta Wale was recently captured in a viral video with thousands of Ghana cedis, indicating that he is the country’s richest artist.

As a result, Sadiq Abu openly ‘begged’ Shatta Wale for GHS10,000, claiming that the previous one he paid him to organize his award events was insufficient.

He wrote on Twitter; Come give me 100K eh. The last one no reach me oh. Me and Bullgod go come take am. Make am 200K. Make I give some to the “latrician” for my office.