Home ENTERTAINMENT NEWS “My Greatest Regret In Life Is That I Couldn’t Spend Enough Time... 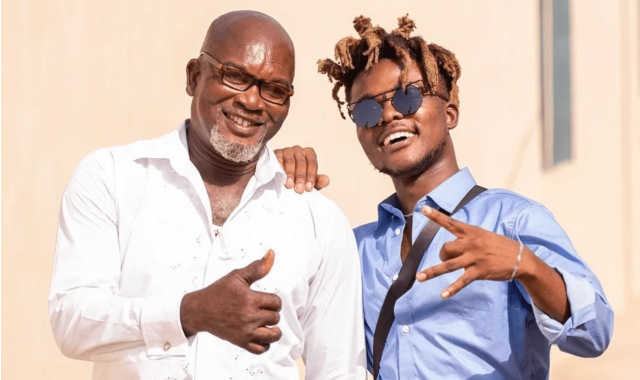 Ghanaian hiplife sensation Emmanuel Ato Amonoo better known as Quamina MP has expressed regret for not being able to spend more time with his father before he died away.

Quamina MP expressed regret on the youtube channel MultiCDB for not spending more time with his late father.

“My greatest regret in life is that I didn’t spend enough time with Poppy . He said, “I wish we had spent more time together and spoken more.”

On December 6, 2020, Quamina MP’s father was killed in a car accident on the Akosombo-Accra route.

He also shared one of his most humiliating moments in life. On the Tema highway, he claims, he was handcuffed by a police officer.

He claims the event occurred immediately after the publication of his song “Ewiase yede.” Quamina MP recounted the incident, saying he was handcuffed after resisting a police effort to confiscate his phone.

“On the Tema highway, I was handcuffed once. The cops didn’t recognize me because I had just dropped ‘ewiase yede,’ which was causing a stir, but they didn’t realize it was me. When I refused to hand up my phone, the cop handcuffed me.”