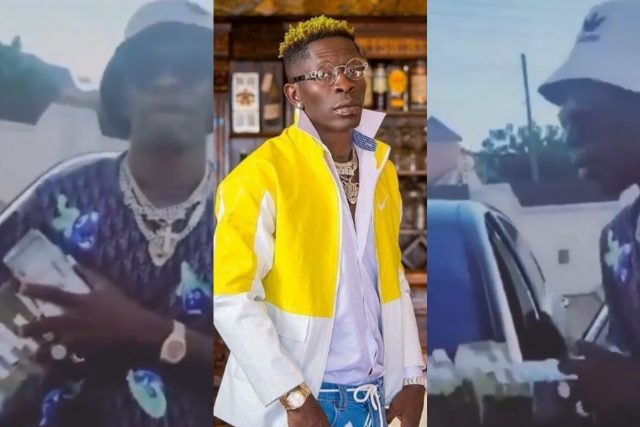 Charles Nii Armah Mensah Jnr., popularly known as Shatta Wale, the Ghanaian award-winning dancehall musician, has demonstrated again to his detractors and other musicians in Ghana that his claims of being Ghana’s richest artist are not to be questioned.

Unlike other Ghanaian musicians who prefer to keep their riches and earnings hidden from the public, Shatta Wale uses social media to dazzle and garner the attention of his followers and detractors by showcasing his fortune.

He claims to be Ghana’s richest musician, and he’s done everything he can to make people believe him by flaunting his possessions and money in the faces of other artists who attempt to poke his nest.

Shatta Wale was seen flashing thousands of dollars in a news video shared on Twitter, while hanging out with a few friends at his house. He was also spotted flaunting a Mercedes-Benz automobile, which we have yet to confirm is his new whip that he is adding to his collection of vehicles.

Watch he video below: