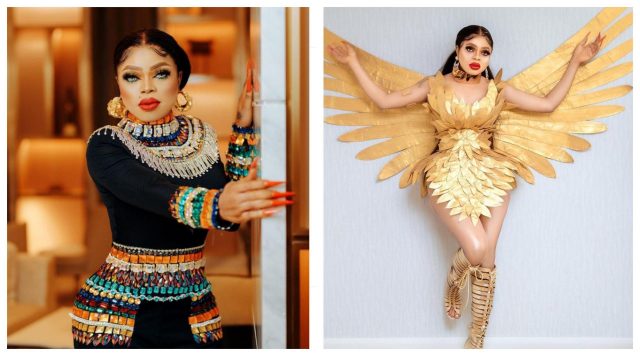 Bobrisky reportedly planned to escape the country, but his plans were thwarted when he was subjected to extensive questioning by the US Embassy.

This outrageous claim was made by Gistlovers, an anonymous blogger who has been harassing celebrities on Instagram for quite some time.

According to the source, when asked about his source of income, Bobrisky disclosed that he has been selling skincare goods for the past eight years.

Gistlovers went on to say that Bobrisky was seen in a red dress at the US embassy and that people who had done business with him should collect their money before he left.

ALSO READ:   I was in police cells for four days – Mzbel

In his own words, he wrote;

“Hello tueh tueh, Biko o I no fit settle fight o, if Idris is owing you please get your money before he run comot o, information reaching vawulence headquarters now be say Bob was sighted at the US embassy this morning. Them reject am.

“Him say he get costmetic line say him dey sell hair join. Say him dey do skin care business for the past 8 years too. According to our source, he was wearing a red bubu, collect your money o Bobo wan raun o, I come in peace. Make Una collect Una money o,Igi Ewedu oni wo pawa o.”

ALSO READ:   "I Have Been Able To Snatch The Female Gender From The Real Owners" - Bobrisky Says As She Lists His Achievements At Age 30