Home ENTERTAINMENT NEWS Stonebwoy Collaborates With His Children To Create A Dance Challenge For His... 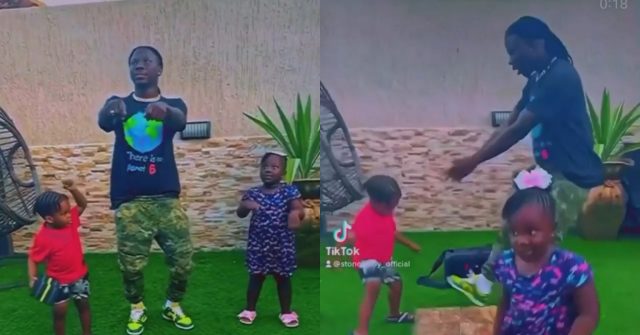 Ghanaian Afro-Dancehall king, Stonebwoy has enlisted the help of his beautiful children to create a dance challenge for his new song Ariba, and a video he released on Instagram to that effect is sure to melt your heart.

The video depicts Stonebwoy’s children, L Janam Joachim Satekla and Catherine Jidula Satekla, attempting to bring life to their own choreography in order to boost the song’s fame, and it’s rather amusing how they went about it.

Meanwhile, Davido has revealed how he had to flee the nation in search of safety after getting into difficulty as a result of his participation in the country’s #EndSARS protest last year.

Davido was one of the strong voices and celebrities that was highly engaged during the EndSARS campaign in 2020, as you may recall.

Davido made an appeal to several EndSARS protestors who were arrested in the Federal Capital Territory.

during an exclusive interview with Trevor Noah on the Daily Show, which was monitored by Gistreel…continue reading