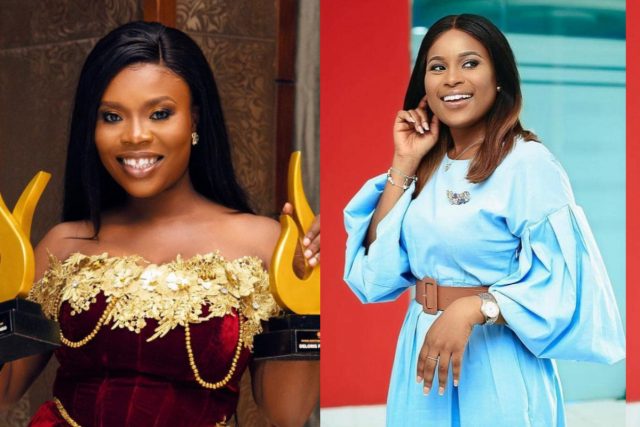 Deloris Frimpong Manso, better known as Delay, has praised her fellow media personality, Berla Mundi after the former praised the latter for her character and poise.

Delay is a divisive figure who prefers to be known as a trustworthy individual, so the fact that she praises Berla Mundi demonstrates that she has noticed something special in her.

Thus according to Delay, the media space has been flooded with burp-slay queens with a “rushing” attitude, but Berla has distinguished herself as a true lady who minds her own business and does not engage in social media clout chasing.

Berla was praised by Delay for staying afloat and keeping her private business hidden from the public eye.

meanwhile, Reggie Zippy of Reggie N Bollie fame has written a life-threatening remark on his Facebook page, desiring to join his late mother in the cemetery, following the untimely death of his mother, Madam Cecilia Koomson.

It was previously reported on the musician’s mother’s passing a few weeks ago when Reggie used social media to announce his beloved mother’s death. He posted a video of him with his mother dancing to one of her favorite old songs, and he wrote about how terrible it was for him to lose her.