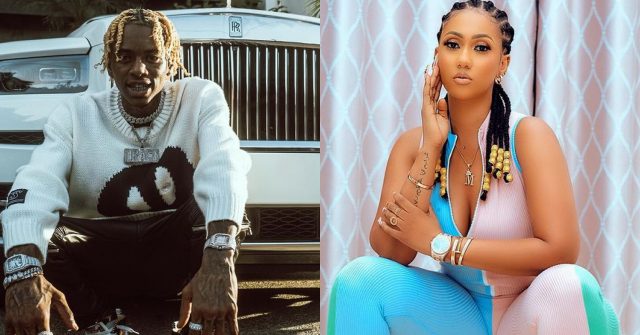 On September 22, 2021, the Ghanaian socialite turned artist uploaded a selfie of her dripping body, and shortly after, Soulja Boy chimed in with some love emojis in the comment area.

When Hajia4Real saw his uncommon acknowledgment, she reciprocated the gesture with some love emoticons of her own. This sparked a storm on social media, with fans pleading with the American to collaborate with the gorgeous Ghanaian vocalist, who has been struggling to find her footing in the music industry since adding music to her resume.

ALSO READ:   "Shatta Wale Is Like A Son To Me, I Style Him Sometimes" - Hajia4Real Reveals (Video)

Hajia has been spotted in a new post dubbing herself Soulja Girl in an attempt to solidify the apparent friendship breeze that is flowing in her favor.