Home ENTERTAINMENT NEWS “I Have Never Slept With Someone For Financial Gains” – ... 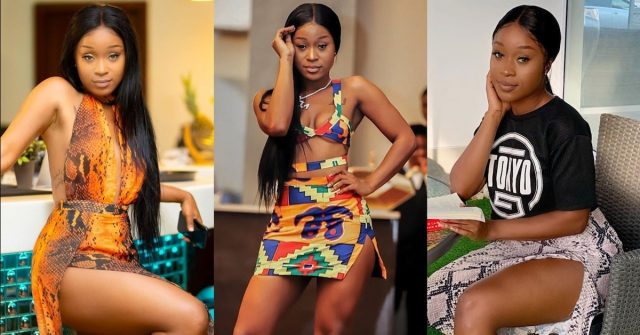 Ghanaian model and socialite, Efia Odo has always been a fan of outlandish clothing. People have attempted to sell her body due to her clothing choices, she stated.

The actress expressed her dissatisfaction with the awful imagery reflected on her in an interview with Peace FM.

“People want to pimp me because they believe that’s who I am,” she explained. They assume I’m a prostitute because of the way I dress and how I open my can. They believe I sleep with men for money, but that is not my upbringing. Since I was 16, I’ve been working.”

In an attempt to establish her innocence, Efia Odo pledged she would lick the ground if she ever had to have sex with anyone for money.

“I can lick the ground and say that I’ve never slept with a man for money or gifts. But if I sleep with someone, it’s because I’m dating them,” she said.

Meanwhile, Nii Saka Brown, the veteran Ghanaian movie actor, has recounted an instance in which his on-screen fame resulted in his being denied a job chance.