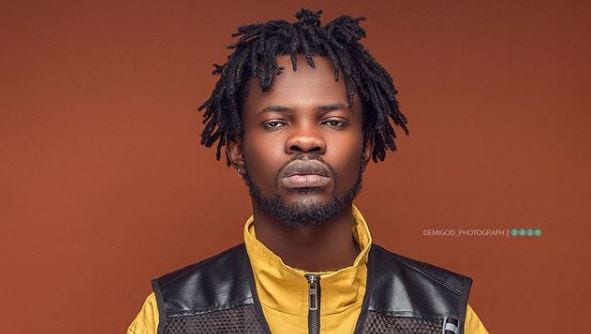 Ghanaian rapper turned singer, Peter Fameyeh better known in the showbiz circle as Fameye, has disclosed that the GH2.5 million sign-on money from his previous record company, OGB Music, that was widely reported in the media never reached him.

The sign-on money, he claims, was utilized by the label, led by Ogidi Brown, to shoot music videos and other music-related expenses, rather than for his personal use.

Even though he has parted ways with his old record company, the award-winning singer stated on TV3 New Day’s Entertainment Segment that they contributed to the rise of his music career.

ALSO READ:   "I don't smoke weed but if you mix it with Waakye I can consume it easily" - Fameye reveals

Despite the fact that Fameye parted ways with his former label after paying an undisclosed sum of money, monetary advantages from the streaming of certain of his works are channeled to his former boss.

For the interest of peace, he claimed he has decided not to battle over the ownership of music made under the former record label.

“I’m simply relieved I was able to pay.” My tunes are still in his possession. He is profiting from the streams of my music.”

Fameye,  noted that feuds between musicians and record labels are mainly about money.

He claims that some record labels believe that musicians signed to their labels have little to contribute because of the assistance provided to them (artists) in terms of visibility and promotion.

“Talent is worth money, and the record company is providing the cash. As a result, both of us are expected to do business. However, we make it appear as though record companies or managers are assisting artists when the artists themselves have nothing to contribute. They’re bringing in skill and a lot of enthusiasm at the same time.”

According to him, some musicians are labeled as ungrateful as a result of uneven treatment at their record labels.

Despite his problems with his old record label, Fameye insists that he will never give up.