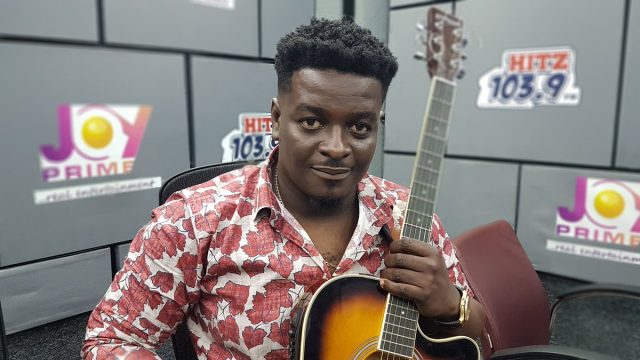 Kumi Guitar, the Ghanaian songwriter, and vocalist has said publicly that the majority of Ghanaian entertainers, particularly musicians, are depressed individuals.

Ninety-eight percent of musicians, according to the musician, are sad.

He revealed this during an interview with Doctar Cann of Happy FM’s ‘Showbiz Xtra’ show on Happy 98.9FM.

“People are entertained by us. We may appear happy on the outside, but we are in anguish on the inside. 98 percent of musicians, I can tell you, are depressed. We are going through a lot of difficulties, but we need to keep ourselves entertained so that we can smile.”

ALSO READ:   "Things Are very Hard For Me, Sometimes I Just Want to Quit Music" - Kumi Guitar Cries Out

“You think even when you’re backstage,” she says. We go back into our shell thinking once we finish our act on stage. If musicians are being honest, the majority of those who appear to be successful aren’t.”

Kumi Guitar pointed out that the country lacks mechanisms that help performers in their professions as a probable reason of the despair.

He mentioned that there have been numerous occasions when he felt like giving up due to a lack of support from the mechanisms in place, based on his own experience. He went on to say that when he sees the current situation of great artists, he becomes terrified, fearing that he would end up like these luminaries who appear to be suffering.