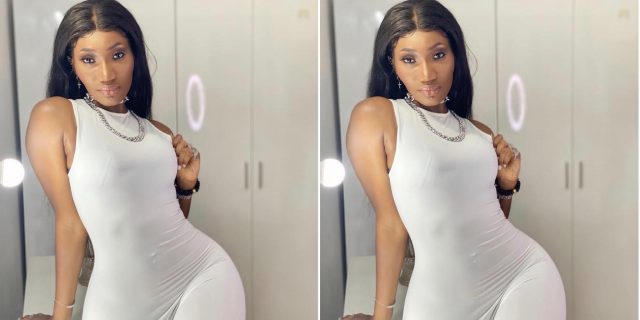 Wendy Shay is shown in the photo running an ad for what looks to be a dietary supplement firm, promoting a product that will allegedly assist her followers get the new physique she has.

This Wendy Shay fan seemed unconcerned with the goods Wendy Shay was promoting since his attention was pulled to something he saw drawn down there.

Many of her fans have reacted as they see her pie down.

ALSO READ:   I’m ready to patch things up with Shatta Wale on only 1 condition… – Sarkodie speaks

Check out the picture below:

However, a former member of the music group Nkasei, Naa Kay, has confessed that their hit song Tuobodom nearly cost him his life.

Tuobodom is unquestionably Ghana’s most divisive song of all time, having wreaked havoc on the business about two decades ago. Naa Kay told Andy Dosty in an interview on Hitz FM’s Day Break, Hitz, that a random guy from the town (Tuobodom) attacked him during a stage performance because he was angry about the song mocking them.

“To be honest, I feel hard seen to be the worst of it till recently,” he remarked. We went to Onua after Dreamline showed me a screenshot of what people had…continue reading

ALSO READ:   Bulldog Throws Support For Stonebwoy To Win Artist Of The Year.