Home ENTERTAINMENT NEWS Wendy Shay And Mum Hits The Streets Of Germany To Promote Her... 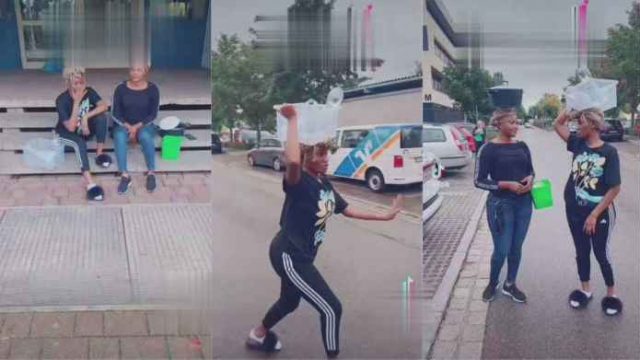 Wendy Shay, the Ghanaian artist who goes by the name Wendy Asiamah Addo in private life, has moved her hustle from the studio to the streets, selling ” sachet water.”

The singer from RuffTown Records was accompanied by her mother, Obaapa Kaakyire Addo, who was also selling food.

The performance was to promote her new track, Heat, which depicts the daily difficulties of regular Ghanaians.

Wendy Shay and her mother joined the trend by hawking on the streets of a foreign nation.

They were talking about their hustling while using lyrics from the song, which has over 500,000 views on YouTube.

They also represented garbage collectors who were protesting about their poor pay in another case.

She captioned the post “my Mom hopped in the trend. After the 777th time, I managed to get my beautiful mum to get it right (it wasn’t easy o)”.

However, Akon, the Senegalese singer, and businessman has stated that he was happier when he was poor since he has realized that life is tougher for the affluent than for the poor.

In the aftermath of actor Michael K. Williams’ tragic death in September 2021, he issued this remark. Williams’ death had been utilized by the artist as proof that the more money one makes, the more troubles one encounters.

ALSO READ:   Samini Throws Shots At Wendy Shay As She Excludes Him From Top Artistes In Ghana

“Nobody can sit there and tell me that I didn’t grow up in poverty,” he claimed in an…continue reading