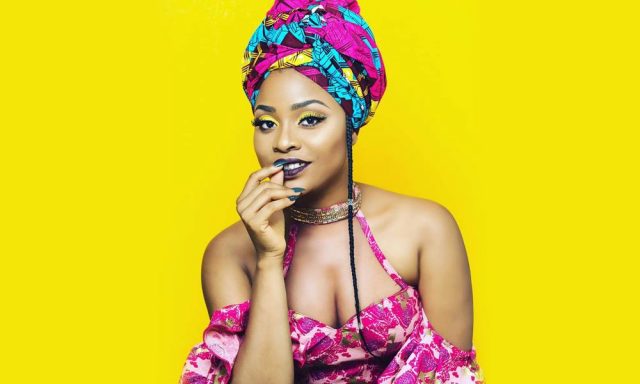 Despite the fact that Adina’s mother had seen the musician’s fibroids earlier, the entertainment star remained in denial. She kept saying “no, God forbid” until she was certain she did have fibroids.

“I discovered it late last November, during my periods. I believe the fibroids had developed to such a size. On Restoration With Stacy, Adina stated, “I went to the hospital, the doctor checked me, and he said I had big fibroids and that I needed to have them removed right away.”

Adina revealed on her social media accounts in March that she had undergone surgery to remove fibroids at the Tema Women’s Hospital.

ALSO READ:   Edem to feature top 6 rappers from volta on Biggest Collaboration Ever

In her account of how severe it was, she stated, “They said it looked like I was 32 weeks pregnant,” adding that she found out about the number of fibroids three days after they were removed.

Her recuperation was quick, she said, and she was able to perform at the Vodafone Ghana Music Awards (VGMAs) in June.

“Successful surgery was my number one wish. I prayed to God to speed up my recovery. I was taken aback by the manner I recovered. She stated, “I contacted my pals and told them it was a miracle.” “My stitch never came undone, and my wound healed quickly.” I was performing at the VGMAs by the fifth week.”

Adina is launching a campaign to educate Ghanaians about fibroids following a successful operation. The award-winning artist outlined her plan, saying, “The first thing I want to do is raise awareness.” It affects a large number of black women, many of whom are unaware of their condition. I’d had it for years and had no idea it was fibroids. As a result, I feel there are many women like myself who require education.

“We’ll accept donations and utilize the funds to assist ladies in receiving free scans.” There are some really serious situations that require surgery in the following phase; we’ll work on that as well.”

ALSO READ:   Beverly Afaglo Under Fire For Supporting John Dumelo... She Hits Back

Adina requested assistance from businesses and individuals in this respect.