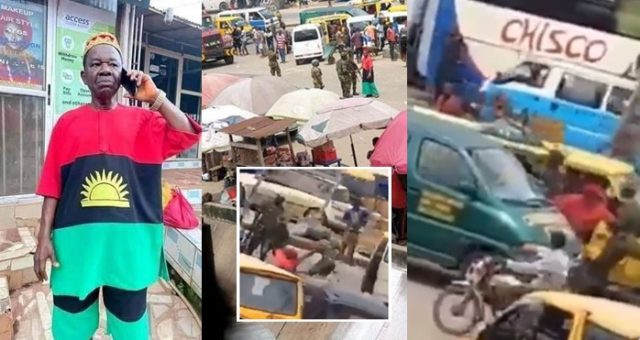 Chinwetalu Agu, the Nollywood actress, was allegedly attacked by military troops in Anambra State for wearing a Biafra-themed costume.

Chinwetalu was driving his production van along Onitsha’s Upper Iweka Road when police pulled him over and allegedly questioned him about his Biafran regalia. He was ordered to exit his van, which was emblazoned with the words “Chinwetalu Films.”

According to eyewitnesses, the movie actor and the military officers who intended to detain him had a verbal altercation. According to CorrectGN, the legendary actor was allegedly manhandled and assaulted by the police who refused to reason with him.