Home ENTERTAINMENT NEWS “Sarkodie Would Have Been A Chef If Not A Rapper” – Tach... 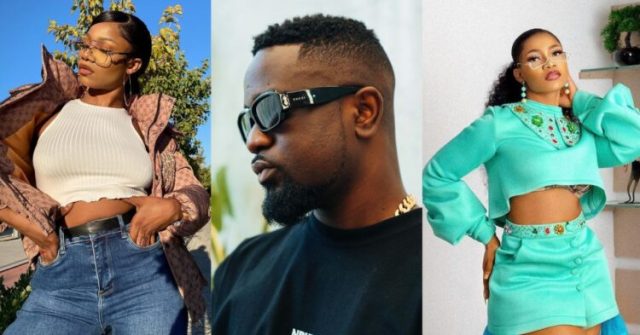 Tacha, the contentious and funny BBNaija Pepper Dem housemate, recently made a surprising comment regarding Sarkodie, Africa’s most awarded musician.

The reality personality made this remark while answering 30 questions in 30 minutes during an interview with Okyeame Quophi on Angel Fm.

When asked what Sarkodie would be if he wasn’t a rapper, Tacha answered he’d be a chef, which is likely due to his famous jollof dish. She went on to say that the rapper was her best friend.

Meanwhile, Ghanaian actor Kwadwo Nkansah “Lilwin” believes Kumawood will rise again, which is why he is releasing back-to-back shows on our local screens.

ALSO READ:   "When It Comes To Rap, I See Eno Barony As My Co-Equal" - Sarkodie

According to Lilwin, he spent over GH800,000 on his three recent Kumawood series, all in an attempt to gather the major actors to rekindle interest in local films.

Lilwin said the significant investment in the local film business was targeted toward keeping the sector active ahead of the premiere of his recent series “Papano,” which stars Maame Dokono, Adwoa Smart, and Komfour Kolege, among others.

“We are aware of the…continue reading