Home ENTERTAINMENT NEWS “What At All Do You Sell At Your Restaurant” – Delay Asks... 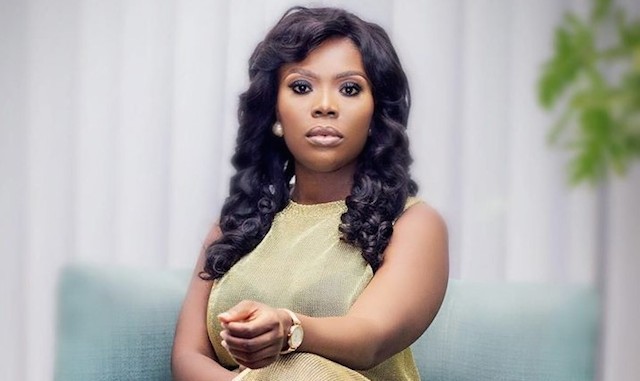 Maame Esi Forson, 24, claimed to have built a six-bedroom house in just three (3) years. She began constructing when she was eighteen, according to the actress (18). She said that the home was not the only asset she had been able to obtain; she also owns ten (10) automobiles and many pieces of land.

Maame Esi said she used the profits from her restaurant to pay for the construction of the 6-bedroom mansion, which piqued Delay’s interest.

“Can you tell me what you were selling at that restaurant?” Delay was the one who inquired.

Maame Esi said that she “sold meals but took orders from businesses.” The employees of these businesses, according to the actress, became her clientele as a result of her manager’s efforts.

“My current manager is a businessman, so he gave me some connections and advice,” she explained. He introduced me to a few businesses. I could provide 200 individuals each day from various firms. One dish of meals costs GH30, and I made a GH10 profit for each plate.”

Maame Esi stated that she spent more than 600,000 Ghana cedis on the home, however, she was unclear of the precise figure.

“I started constructing when I was 18 and finished when I was 21,” she said, adding that the money she spent to open the restaurant was intended to help her pay for her schooling.

“That money was given to me by my mother, who is a farmer. It was supposed to be for education, but I used it to open a restaurant.”

‘Boafo Ne Hwan?’ and ‘Classmate’ are two films in which Maame Esi has appeared.