Home ENTERTAINMENT NEWS “For What Prophet T B Joshua Did To Me, I Can Never... 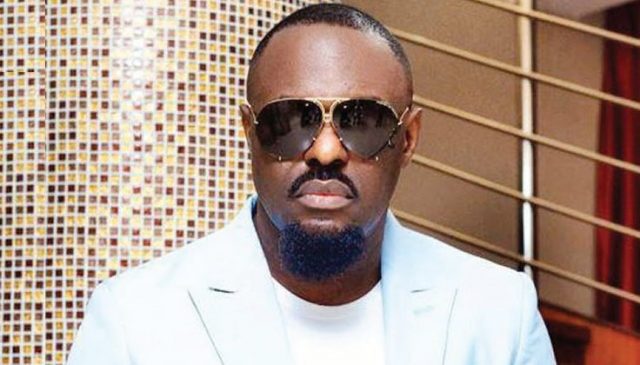 When a video of Jim Iyke’s alleged deliverance at the Synagogue Church went viral on the internet, it became a topic of controversy on national television and social media.

It will be remembered that in the viral video, an evil spirit communicating via the actor was heard stating while being delivered that it was to blame for the actor’s failure to marry.

The actor has blamed the late man of God and general overseer of the Synagogue Church of All Nations, Late T.B Joshua, for what he did when he took his mother to his church for deliverance in a recent interview with Channels TV.

“And I told them, ‘Common guys, this is silly, this isn’t why we came here.’ Let’s get Mom out of here and continue our search for medical assistance. Then, as we prepared to travel to South Africa, we were introduced to a young guy who had been suggested to us as an expert.

“The gentleman in question then glanced at me, noticed my enjoyment, and touched me.” Now I’m at a loss for words as to what transpired in that little period of time. Whatever happened in those 5 minutes happened.

“I’m not here to start giving spiritual answers that are totally above my comprehension. I’m a man who knows how things operate. That I cannot explain, and that no one else can propose, because I personally know what occurred to me.”

“Within that time frame, they said I said and did things that were highly embarrassing to me.”

“Even if I’m informed there would be a cure in hell, I’ll go.” You’re referring to your mum. As a result, we went.

“I recall going there with my security guard, sister, and PA. And even though I was upstairs when we arrived, there was continual demand that I attend church. “But that wasn’t the agreement,” I said, “since I kept my mother in the hospital and was expecting you to put your hand on her and she’d get better,” but they said, “no, you must come to church.”

“Then my sister compelled me, and we walked downstairs to church.” I was there when the entire touching people thing started, and I thought it was a little ridiculous, especially because it was on national television and people were watching from all around. I recall my sister pinching me and telling me, “You have to stop.”