Home ENTERTAINMENT NEWS Stonebwoy beats Shatta Wale and others to win Reggae/Dancehall Artist of the... 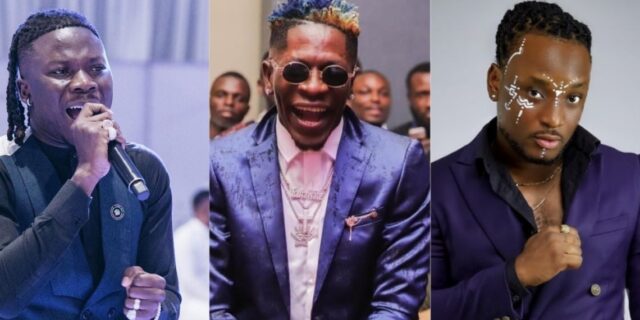 The UK based Ghanaian award took place yesterday October 9th 2021 that saw performances from some of the industry’s great musicians.

One aspect that has always been a battle from the beginning but ended up in one notable musicians hand is the Reggae/Dancehall category.

Stonebwoy has always been the man that walks away with the award, thanks to his consistent display of Dancehall vibes every moment.

This year at the Ghana Music Awards night in UK is no exception despite competition from 6 other Dancehall musicians.

He came up against Samini, Shatta Wale, Epixode, Ras Kuku, Larruso, and Kaphun but managed to beat them in the decision of the judges and came out on top as the winner.

In other news, Mona Montrage aka Hajia4Real/ Mona4Real has received her first music award at the just ended Ghana Music Awards UK. She won the nod for Uncovered Artist of The Year.

Even though she came to the music scene not long ago, Hajia4Real has proven she is in to stay. She has so far released 4 songs and it has more than 100k views on YouTube and all music platforms.

Performing at the Ghana Music UK awards were acts like Medikal, Irene Logan, Jackie, Kofi Jamar, Hajia4Real and many more.

Hajia4Real surprised the audience with her  stage performance. For someone who is still young in the music industry, she really did well to win hearts.