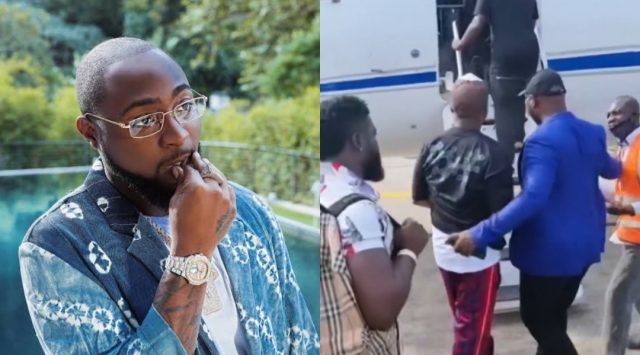 On social media, a video showing the bodyguard of Nigerian musician Davido pushing away an airport official who wanted to see Davido as he boarded his private plane has sparked outrage.

Davido was leaving on a vacation with his DMW Records team when a fan approached him at the airport to take photos with him. However, because of the alertness of the bodyguard who was performing his job, his conquest was brutally and humiliatingly cut short as the bodyguard shoved him away.

In response to the footage, netizens chastised Davido’s security team and chastised the singer for not interfering, implying that he backed his bodyguard’s actions.

ALSO READ:   I Did A Second COVID-19 Test, Once Again I'm Negative-Davido

However, Sefadzi Abena Amesu, better known as Sefa in the entertainment industry, has stated that she dislikes controversies and being in the spotlight for negative reasons.

She stated in an interview with Kojo Manuel on 107.9 YFM that she wants her fans and music fans to know her for her craft, so she avoids controversies.

“I simply want people to know me for the music and know me for my skill. I don’t have time and energy to be creating scandals for myself so people speak…continue reading