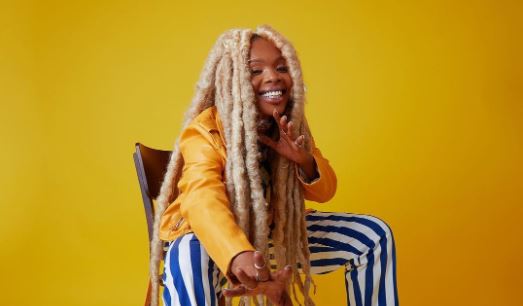 Angela Senam Keteku, also known as the African Mannequin, the Ghanaian songstress has revealed that her singing career began in a shrine.

She said that, although having a musical background, she never imagined herself as a professional musician.

“Music for me started on a different note,” she told Akosua Hanson on Y 107.9 FM’s Y Lounge on where she gets her type of music from. Most musicians began their careers in the church, but I began my career at a shrine since I used to accompany my great grandmothers.”

Her great grandparents, she claims, were fetish priestesses at a shrine in the Volta village where she grew up.

ALSO READ:   SA rapper AKA gets engaged to his 21-year-old girlfriend Nelli Tembe

“They were the Volta Yahweh shrine’s singing goddesses.” I used to follow them and had no idea it was music at the time, so I simply backed them up.”

She described the location as a place where the ill were treated and cured via music. “Others who were going through different things found consolation as well.”

Enam stated unequivocally that this was the source of her musical inspiration. “I wanted to do what my grandparents did, and I knew it had to be something from my town that my grandmothers possessed.” I was doing something really important with music that isn’t very prevalent nowadays.”

She went on to say that she opted to do it since she thought she had a chance to be exposed.

“I made the decision to make this healing music popular in order for a vast number of people to benefit from it.” If the people who are brought to that shrine in that little town benefit from it, then African spiritual music may help the entire globe.”

Enam went on to explain that, while she recognizes that standing out and doing something new may be difficult, she feels that this type of music needs to reach a wider audience, which is why she has chosen to pursue and promote the genre.