Home ENTERTAINMENT NEWS Joey B Jabs Medikal For Not Posting Him After Tattooing Medikal’s... 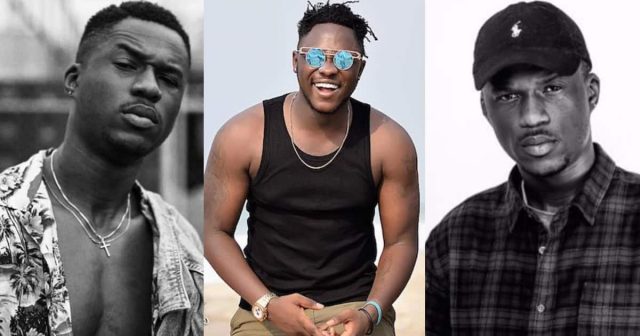 Darryl Paakwesi Banner-Martin, better known as Joey B, the Ghanaian rapper, has lamented how ungrateful his friend Medikal has been after he refused to pay attention to him and show gratitude after he tattoed his name on his body.

Joey B’s comments come after Medikal took to Twitter to express his undying gratitude to Shatta Wale, the dancehall king, for tattooing his initials on his arm.

The rapper, who was taken aback by Shatta Wale’s treatment of him, wrote:

Words can’t explain how I feel about this ! @shattawalegh love you die King, Deeper than blood

ALSO READ:   Get Another Job Besides Music - iOna Reine to female musicians

In response, Joey B confessed that he previously tattooed Medikal’s name on his body to show him love, but that he failed to put it on social media to give him the recognition he deserved.

Meanwhile, Angela Senam Keteku, also known as the African Mannequin, the Ghanaian songstress has revealed that her singing career began in a shrine.

She said that, although having a musical background, she never imagined herself as a professional musician.

“Music for me started on a different note,” she told Akosua Hanson on Y 107.9 FM’s Y Lounge on where she gets her type of music from. Most musicians began their careers in the church, but I began my career at a shrine since I used to accompany my great grandmothers.”

Her great grandparents, she claims, were fetish priestesses at a shrine in the Volta …continue reading