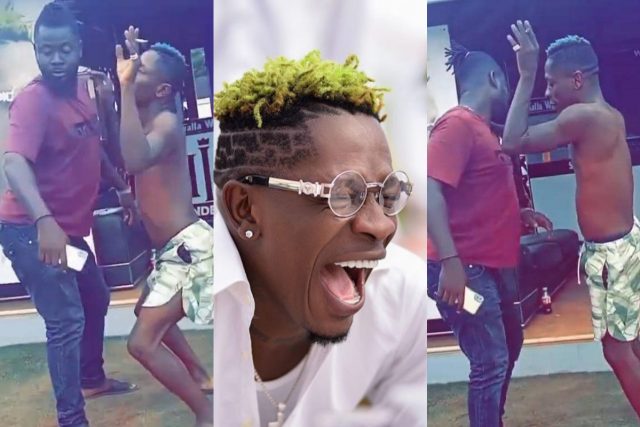 Shatta Wale, the dancehall musician, is one of those characters with whom you can never get tired because he always finds a way to put a grin on everyone’s face, and this video is no exception.

Shatta Wale is one of the few celebrities who is often mocked on social media for anything they say or do, but he always manages to win over the hearts of the public with a handful of his videos, one of which is this one.

The dancehall giant posted a video of himself and his brother Willie, and everyone who watches it ends up laughing till their ribs hurt because of the way he was dancing and attempting to seem like a woman, or the way his brother was dancing, was just hilarious.

Shatta Wale claims that his brother is training him how to dance for the World Cup, and based on what we’ve seen, he’ll surely lose it if he doesn’t develop more, since he appears to be kidding and simply doing it to delight his fans and loved ones.

Netizens who reacted to the video all burst out laughing because the entire video is hilarious, especially when Shatta Wale tries to dance like a lady while kneeling down and being homosexual with his brother.