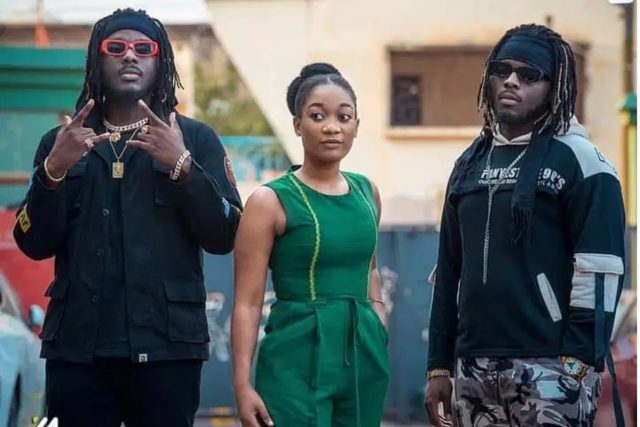 Adelaide the Seer, the vision-challenged Ghanaian singer, has said that she is no longer managed by Dope Nation, a Ghanaian music partnership.

Adelaide The Seer, according to the twin brothers, is gifted with a great deal of skill, and they will do all in their power to display that talent so that the entire world can see what she is capable of.

However, it appears that this promise has yet to be fulfilled, as Adelaide has announced the reason for her departure from the music duet.

The 25-year-old singer told GhanaWeb’s Elsie Lamar on Talkertainment that she asked some time to care to her health requirements before they could begin their musical adventure in earnest, but the twin brothers were not thrilled.

“It wasn’t a big deal.” I had to take a medical leave of absence. So, with the break and everything going on around me, I decided not to sign since it would come with a lot of obligations, so I simply had to back out,” she explained.

Adelaide explained how she first got in touch with them when asked how she did so.

“Everyone saw me out with them a few months ago because they were doing a promo; they were giving beats to five up-and-coming artists, and they selected me first, so that’s when we performed ‘Wire Me.'” So it became fascinating after Wire Me, and that’s when we wrote ‘What A God,’ and there’s one more song that hasn’t been released.”

When it came to the problems with her Dope Nation-created social media profiles, Adelaide said that she was told that because she couldn’t sign with them, they couldn’t provide her with the handles.