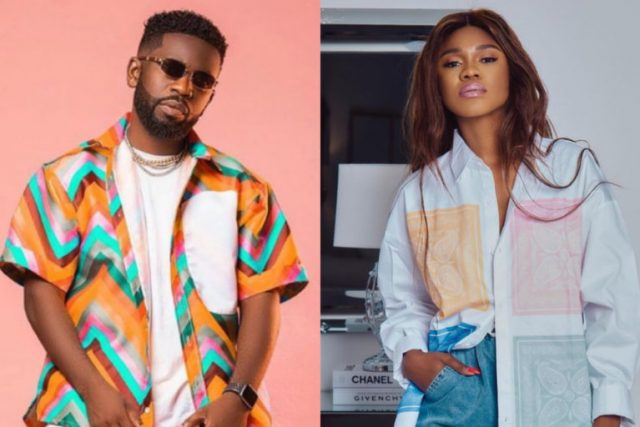 Bisa Kdei, real name Ronald Kwaku Dei Appiah, has claimed that his connection with award-winning singer Becca has changed after she married her husband.

According to the highlife singer, he has lost contact with the singer and is no longer following her on social media, and her affairs are now her husband’s problem.

Bisa Kdei said in an interview with Zionfelix, a celebrity blogger, that he opted to discontinue his connection with Becca after she married because he believed she needed space for her new family.

It was previously said that the two were having an affair until Becca opted to marry her Nigerian husband. “Hw3” and “Beshiwo,” two of the finest love songs ever published, were co-written by the two. They had a terrific relationship until they split ways for whatever reason and were no longer seen working together.

ALSO READ:   At Long Last, Becca Speaks On Her Romance With Bisa Kdei

However, Fameye, the Ghanaian singer, has praised himself as one of the finest musicians in the country, claiming that his music would last forever and that all of his songs will strike you hard anytime he releases them.

Fameye has been keeping his fans and those who enjoy his music waiting for his new song, and he has addressed them, stating that the song will be worth the wait since it must hit them, which is what makes it a hit in the first place.

Only a fool, according to Fameye, will claim that his or her music will last forever, but once he knows for a fact, he can confidently declare that his music…continue reading